Thank You to All of Our Veterans!

Watch the video below and scroll down to read the incredible stories of our Members who have served.

Tap on a members image to learn more about them: 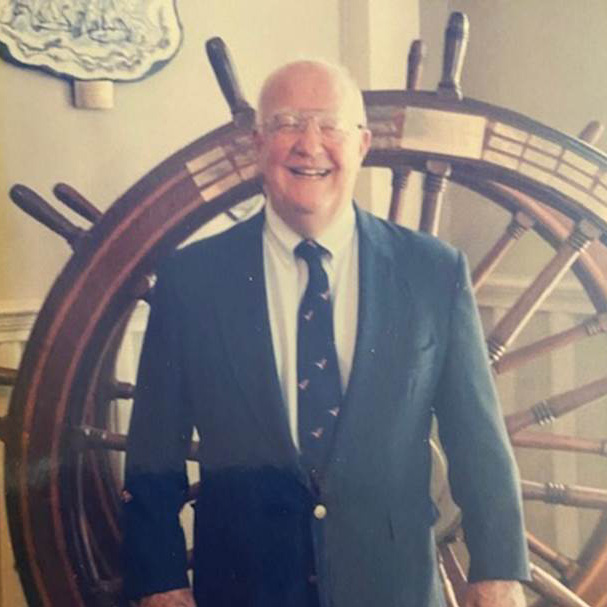 U.S. Army during the Korean War from 1951-1953 Silver Star for Bravery recipient 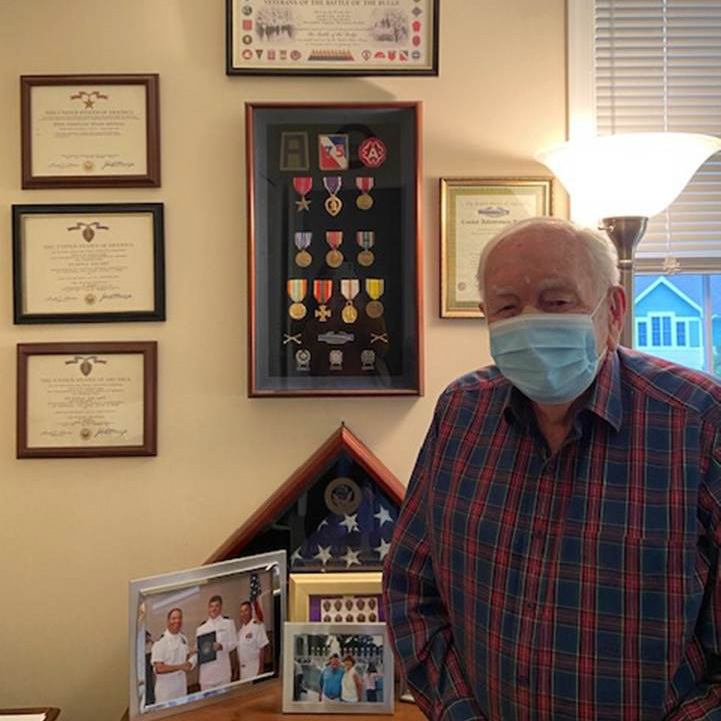 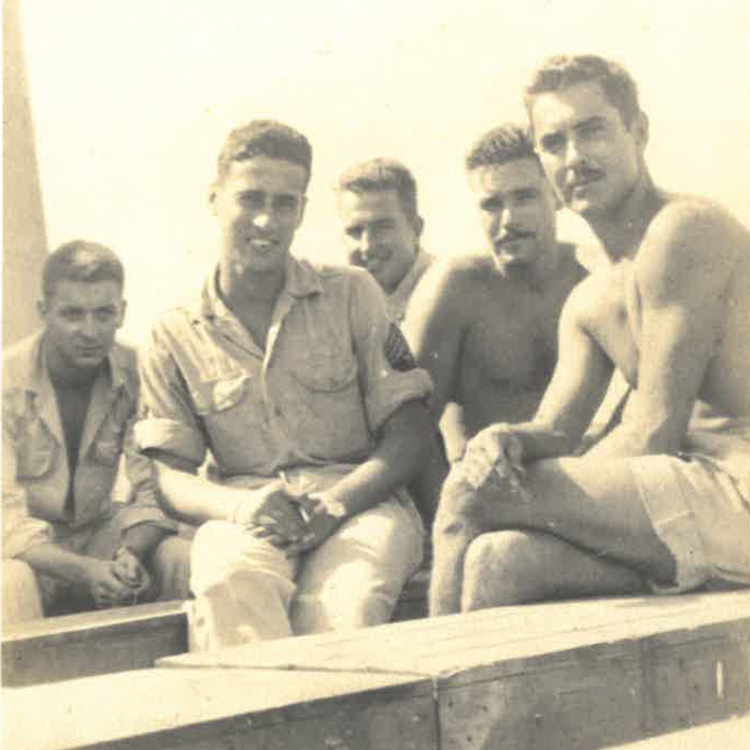 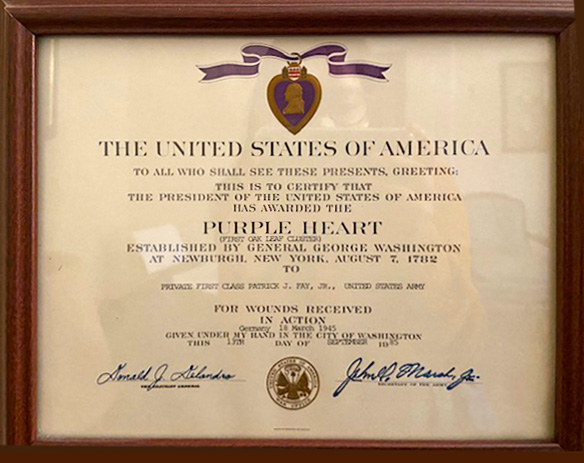 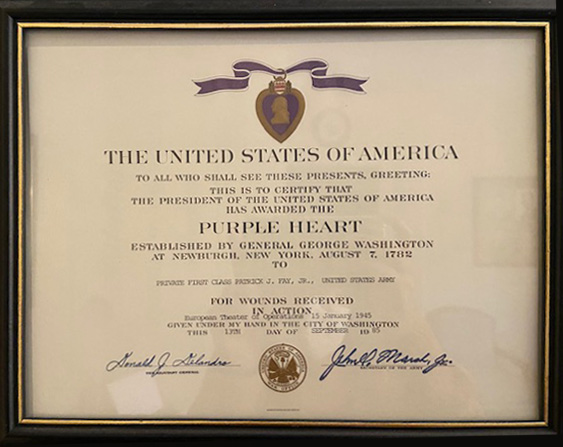 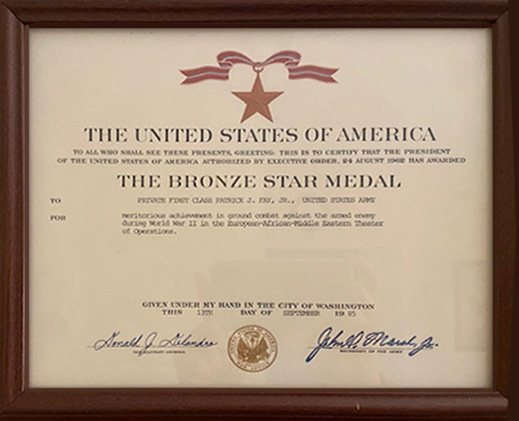 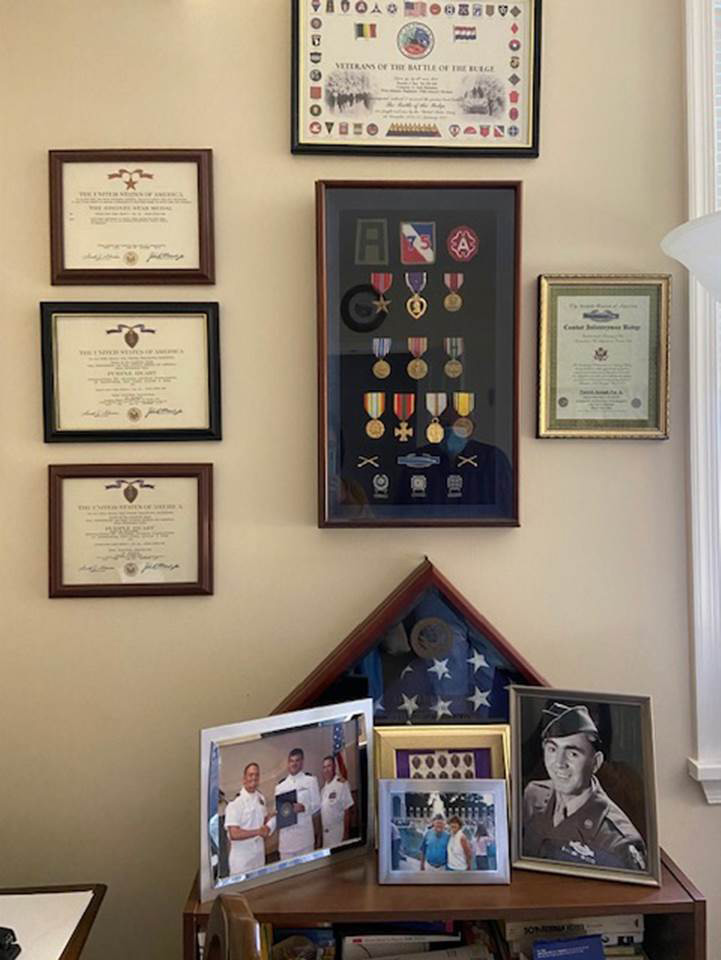 “This photograph was made on Saipan after we had secured the island. I was a 20-year-old army sergeant. The man to my left, shirtless is Tyrone Power. He was a marine transport pilot and a well-known movie actor. I was interviewing him for Yank Magazine which had just opened an office on Saipan. Not long after this picture was taken, I was sent back to the United States and commissioned as a Second Lieutenant in the Field Artillery. I was assigned to a unit that would be part of the invasion of Japan. The mission became unnecessary when, not long thereafter, the atom bomb was dropped on Japan in August of 1945.” 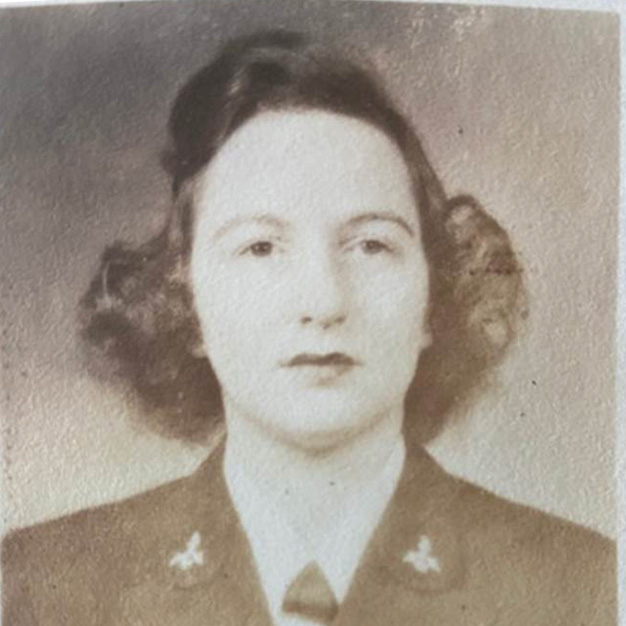 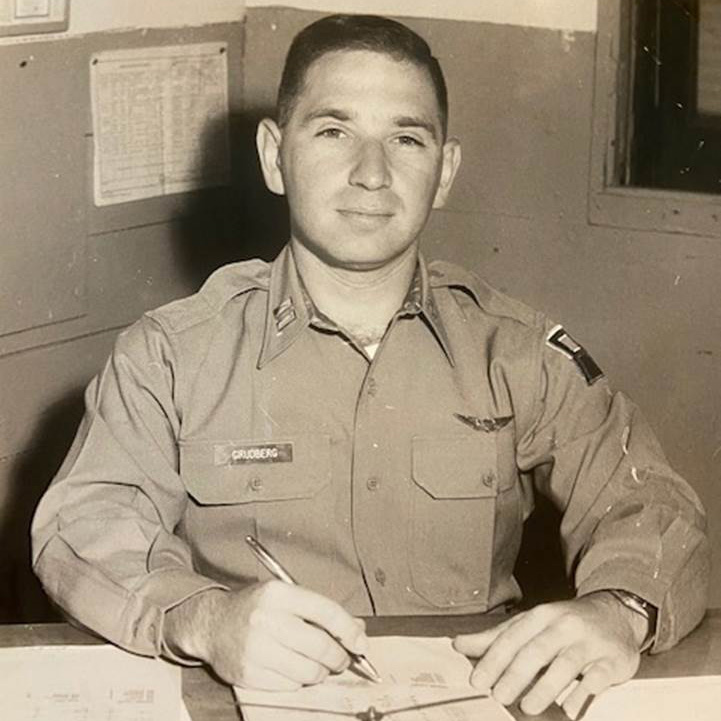 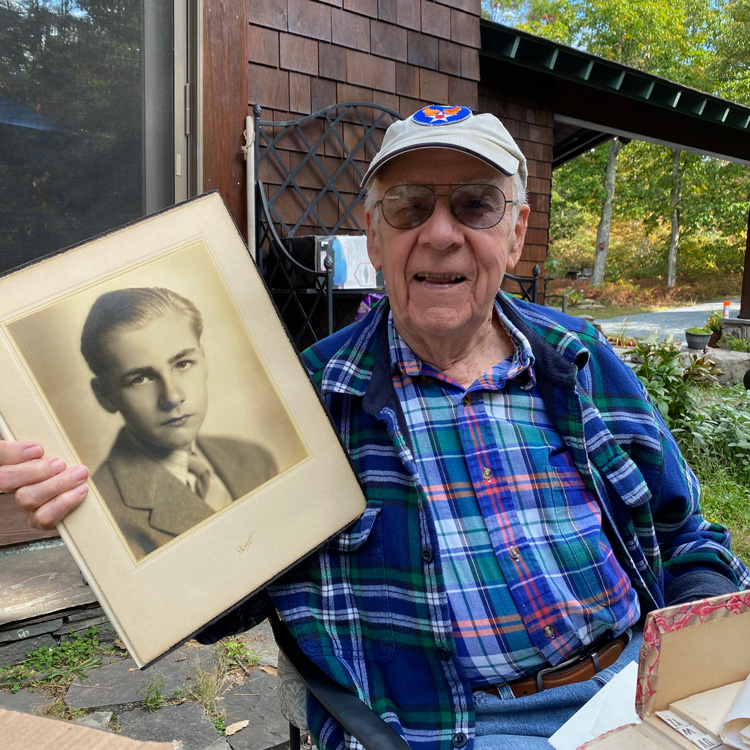 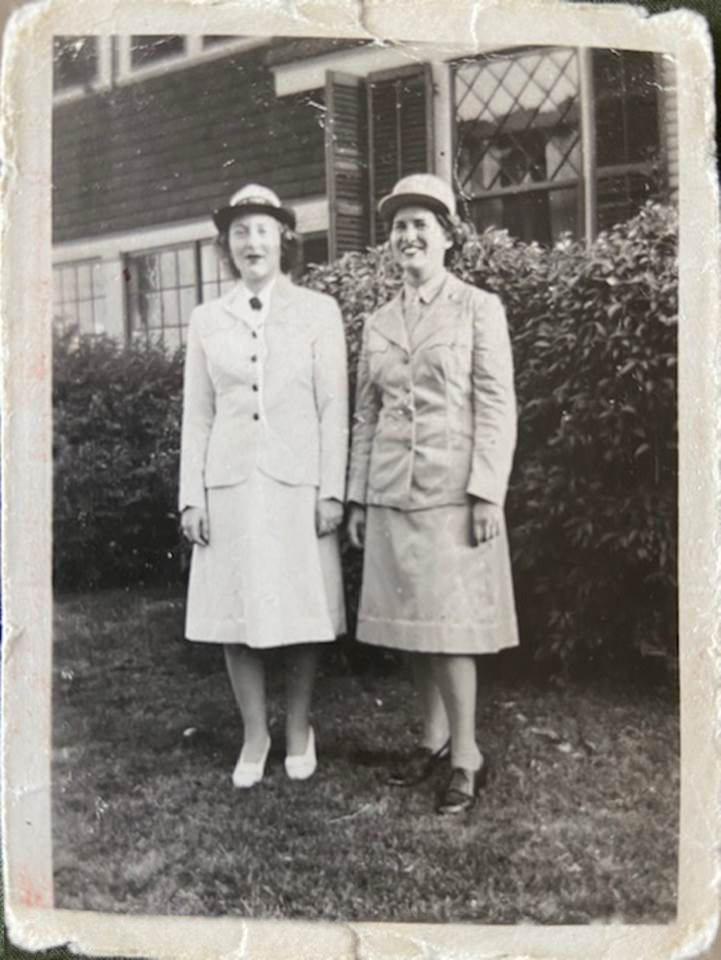 “During war time, it is what you just did. Everyone was helping and I wanted to as well.” 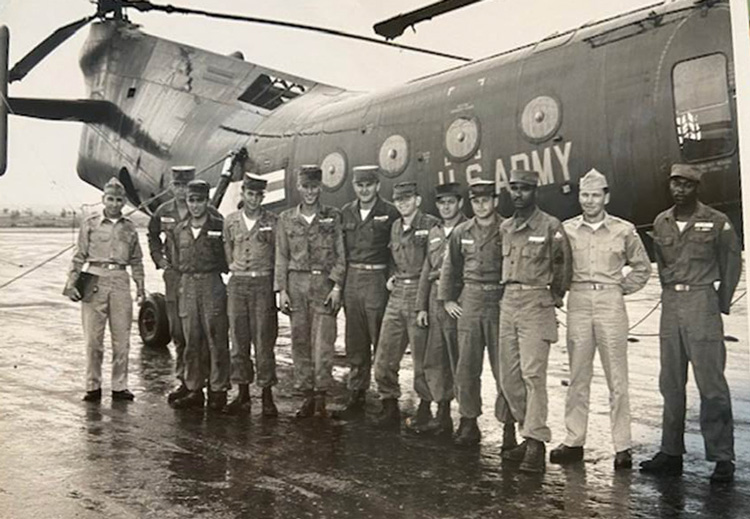 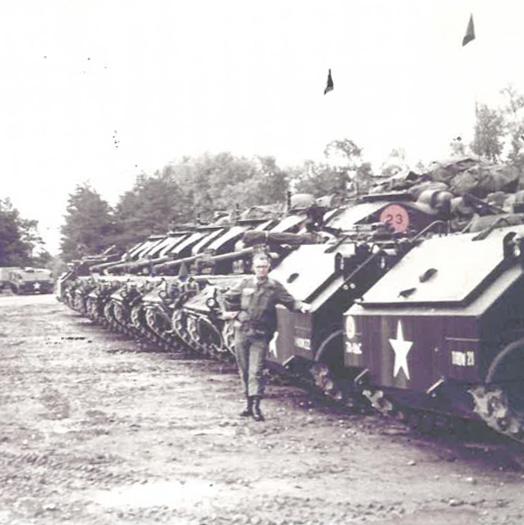 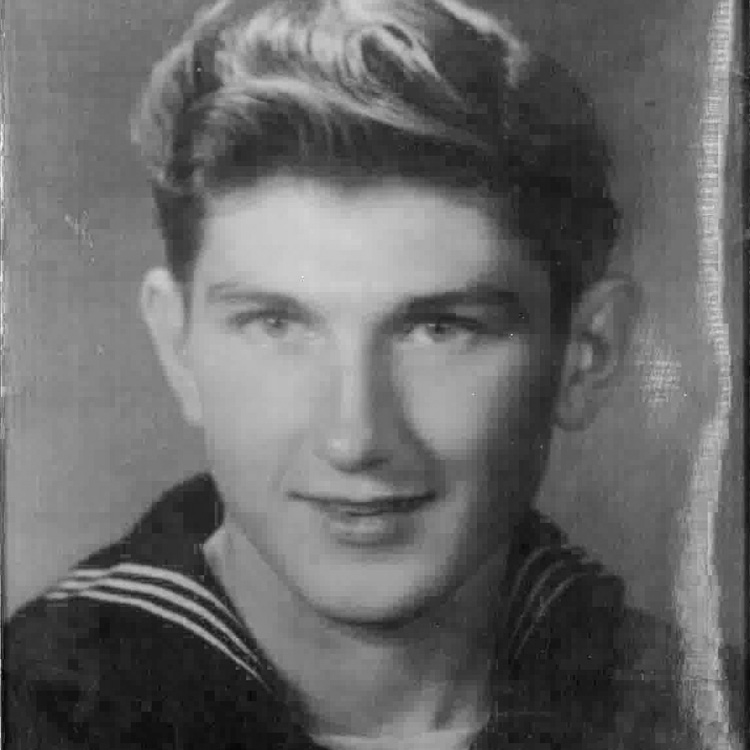 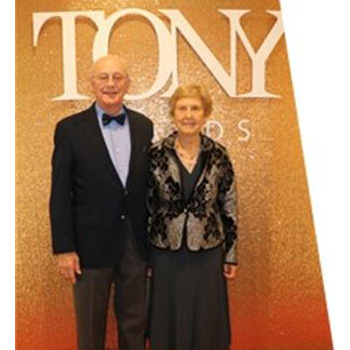 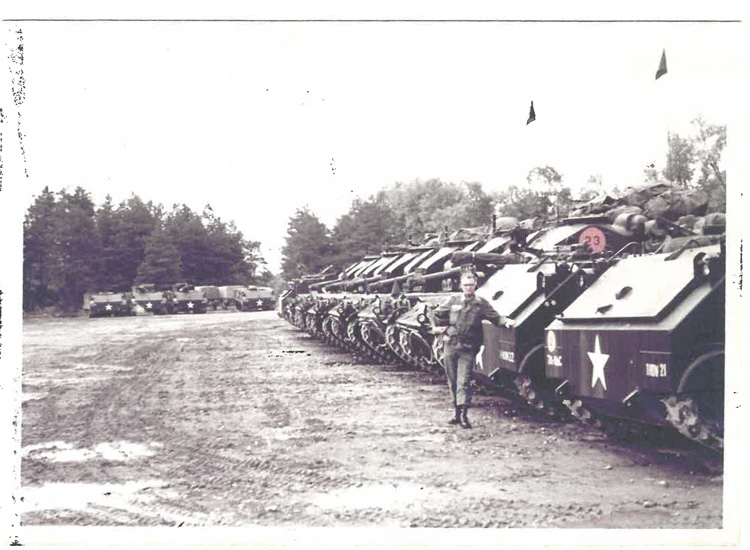 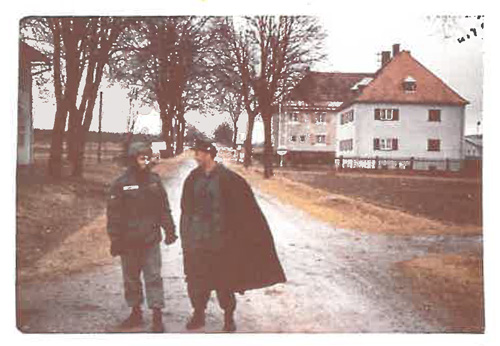 Freedom is Not Free

Jefferson once wrote: “We hold these truths to be self evident that all men are created equal, that they are endowed by their creator with certain unalienable rights…Life, Liberty and the Pursuit of Happiness.”

After 9/11, to protect our beliefs, we find ourselves in this miserable business of war. We did not cause this war but we must press on and win.

Your grandfather, J. Kirby served in the Marines in Korea. This grandfather while never involved in a military conflict served in the 11th armored cavalry 105mm artillery unit border guard in Germany. 1960, 1961.

Should the need present itself, consider the task. Jefferson’s words are worth defending.

Dewitt, youngest of 4 brothers all of whom served in World War II, couldn’t stand not going in. So at 15, he joined the Home Guard. Then at 16 years old, he joined the Navy because they accepted enlistees at 16. He piloted LST Boats, landing troops on the beaches. He served in the Pacific for 4 years. He was on board a ship when the bomb was dropped on Hiroshima. However, he let his officer know that the day was important because it was his birthday.

President Truman and his family were at an event greeting servicemen, which Dewitt attended. A long line of servicemen formed to meet the President. Dewitt strode towards Truman and was stopped by the Secret Service. He told him that “I’d like to speak with my President”. Truman waved him over and Dewitt asked him if he could have the honor of dancing with his daughter. There, in front of all the other men, Dewitt danced with Margaret Truman!

I was scared, really scared – 31 pairs of eyes and ears faced me. What was I about to say to my troops? My legs were shaking, and my fists were clenched and cold. I could feel my heart thumping away. This assignment, as a platoon leader in the 703rd Ordnance Battalion in the 3rd Infantry Division, was my first command of soldiers – my very first job anywhere with people reporting to me. Here I was, a newly minted 22-year-old 2nd lieutenant in the US Army. I had just completed six months of training at the Ordnance School at Aberdeen Proving Ground, Maryland. I’m sure my troops were questioning just what kind of a guy I was, how their life might change, and thinking that any such change would probably not be for the better. I had similar thoughts about me, too. My commanding officer (CO) had described my assignment when we met the day before. Neither my four years of ROTC classes in college, nor my time at Aberdeen, prepared me for this responsibility. If I was apprehensive before arriving at my duty station in Bamberg, West Germany, I was now in full panic mode. The East German border was about 20 miles north of Bamberg. Aside from a small contingent of troops patrolling the border, we were the first line of defense should the Cold War ever get hot. I was in really deep water, well over my head, but at least I knew it.

How did I get in this position? The draft was still in force, but I obtained a 4-year college deferment. Basic ROTC (Reserve Officers Training Corps) was mandatory for my first two years of college. I agreed to continue with the advanced course for my last two years of college. After graduation, I received a commission as a 2nd Lieutenant. The world was in a relatively tranquil space between the Korean and Vietnam Wars. I selected the Army because my father was an officer in the Connecticut National Guard for many years, and saw service in the South Pacific during World War II.

The 3rd Infantry Division contained mostly infantry troops and artillery, but there was one unusual group within the division: the 2nd Reconnaissance Squadron of the 7th United States Cavalry. My CO had informed me that my assignment was to provide ordnance support to this unit. My responsibility was to lead my platoon of 31 men in maintaining over 100 tanks and armored personnel carriers, plus countless trucks, jeeps, and weapons in top-notch fighting condition. That would involve repairing anything that might go wrong, wherever that might be. Tanks cover a lot of ground fast. Keeping all this equipment operational would be challenging.

For much of the time, the 7th Cav trained locally near our base, and our work hours were usually 8:00 am to 5:00 pm. My job was like running a super service station. I had a jeep, some trucks, a large wrecker, and an armored personnel carrier. We would work on the 7th Cav’s vehicles in the work bays of our shop. I gained the trust of my platoon members by getting to know each soldier individually. I walked around my shop and occasionally stop and talk with a specialist working on a vehicle, sometimes even handing him the tool they would need for the next step of the vehicle repair operation. My interest in their work also showed some mechanical knowledge on my part, and I tried to convey my support for them.

When winter came, we went to a major training area some distance away near the East German border. Winter was the favored time for such maneuvers, because once farmers near the East German border had harvested their crops, their land became available for military use. Now I had tanks and other equipment (and my troops) spread out over a hundred square miles. Communication via radio was problematic, so getting word of a disabled vehicle’s location was mostly by direct contact with a knowledgeable person. From verbal instructions, we could usually find our way close to the disabled vehicle. My jeep driver was born in Germany and was fluent in the language, which helped us not to stay lost for too long. We would often see somebody walking along a road and would ask them if they knew the whereabouts of the disabled vehicle. They usually did. We cautiously approached such individuals since we considered a person having this knowledge to be an East German spy.

In the field, our workdays were 5:00 am of one day to about 3:00 am the next morning. The 7th Cav usually ended their maneuvers in the late evening. That was when our workday went into high gear so that we had everything operational by 5:00 am the next morning, and all equipment was available for their training that day. That gave us about two hours (+/-) of sleep. Usually, these rugged maneuvers went on for no more than 7 to 10 days at a time. Since my driver and I were in constant motion, we took naps during the day. When we arrived at the disabled vehicle’s location, I told my driver to disappear and avoid other officers. He would nap behind a big tree or rock. In the meantime, I assessed the work and parts required for repairs, who might do this job, and where they might be. Then I woke my driver, and on we went to the next problem. We had no doors on our jeep or anything approaching a seat belt, but I was able to prop myself up in such a way that I could now nap as we went to our next location. My driver took left curves gently. If I had enough energy left when we finished our work, I would erect my tent. More often, I would open my tent, slide in my sleeping bag, and get in it. Winter maneuvers sometimes included snow, so we worked and slept in snow.

The highway route to one training area brought us alongside the East German border. Through diplomatic channels, the East German border guards were aware that a column of armor would be coming past them, and hopefully not signal Berlin that an attack was imminent. We could see the border guards in the watchtowers with binoculars tracking our vehicle ID numbers. There was also the wide-open “killing zone” for the guards to shoot potential escapees and rows of barbed wire, all to keep their people from escaping that tyranny. A point of honor that I established was that every vehicle that went past this border area would also return under its own power on the return trip. We worked very hard to make that happen. Today, the German government has preserved the original 870-mile border as a greenway or state park.

I learned much about management techniques and managing people during the 1 ½ years I was in West Germany. I have a very positive view of my military service, and feel that this service was time well-spent. I proudly stand when attending events where those who served are asked to stand. The experience I gained in this leadership position provided the basis for managing an organization many times larger later in my career. I would certainly encourage any young man or woman to consider ROTC and military service. 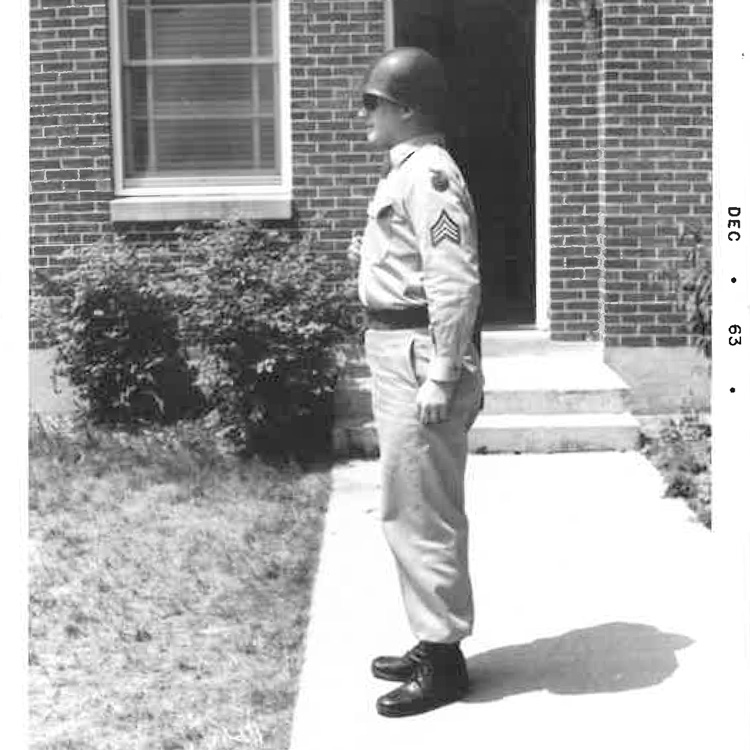 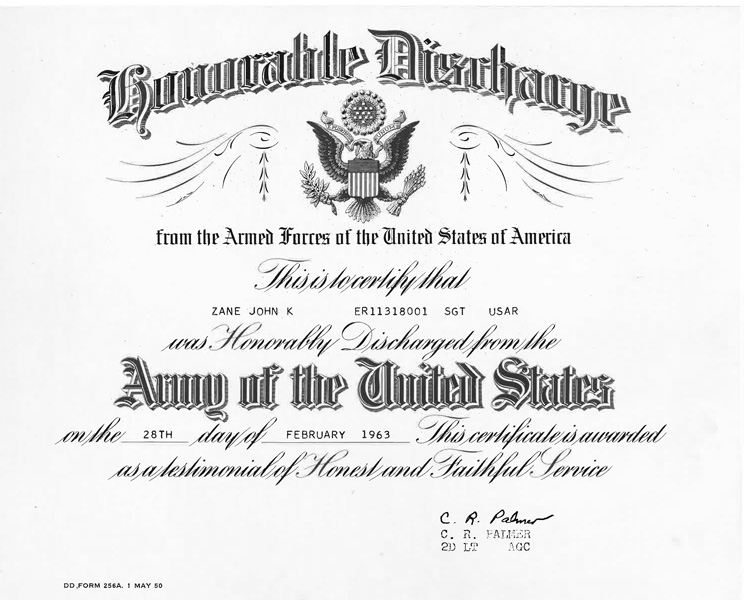 Thank you to all of our members who have served!